The quality of parliamentarians leaves a lot to be desired. If this reality is taken into account, it is unwise to rely on an idealized and obsolete conception of parliamentary accountability.

Many have put forward proposals for constitutional reform, writing extensively on the subject, but get no response, negative or positive. We, at the National Movement for Social Justice, are happy that our proposals elicit many responses. It would be nice not to be called stupid and incapable of understanding the enduring characteristics of the parliamentary governance system, but rude engagement is always better than ignored.

This response is to Victor Ivan’s criticism of the NMSJ proposals, with particular emphasis on the shade he took on the proposal to establish independent commissions, with a Constitutional Commission with a majority of members being people who are not engaged in active politics as the appointing / approving authority.

The criticism of independent committees is twofold: first, they are inappropriate as checks and balances in a parliamentary system; second, they failed under the 17th and 19th amendments.

Accountability by Parliament is not enough

The first criticism seems to be based on a certain idealized conception of a parliamentary system which assumes that the accountability of the Prime Minister and the Cabinet to Parliament makes additional constraints not only superfluous, but harmful. I have been surprised by this statement, having seen in many countries cases of ministerial or ministerial powers limited to the appointment and dismissal of members of regulatory bodies. Advising governments and teaching public service regulation is my main expertise.

I wondered where this idealized conception came from. Maybe someone had been too involved with Dicey. I remember learning in the 1970s that a parliament could not bind a future parliament and that people appointed by ministers sat at their leisure. But a lot has happened since then; the world has moved beyond Dicey.

Through the Fixed-Term Parliaments Act 2011, the mother of parliaments tied the hands of future parliaments, allowing early elections to be called only with a two-thirds majority in specified circumstances. The UK and Canada have established offices to regulate public appointments, limiting the discretion of ministers and cabinet, despite their accountability to Parliament. Under Sri Lanka’s Telecommunications Act 1991, the Director General serves ex gratia (can be removed without cause), but other members of the Commission can only be removed for specified reasons. The 2003 Public Services Commission specifies both rigid appointment procedures and onerous dismissal procedures resulting in a speech in parliament supported by a majority of members.

Independent regulation of telecommunications, electricity and similar infrastructure services has existed for many decades in countries with parliamentary systems. Since the decisions made by regulators in these capital-intensive sectors affect most, if not all, citizens, and have a decisive impact on investment decisions, it is common practice to give a meaningful measure to independence to regulators, limiting the discretion involved in the appointment process and making it difficult for them to be removed once appointed. Indeed, regulators will have an incentive to serve the short-term interests of politicians if they can be removed at will. Their discretion must be limited by rules of procedure and transparency, and not by the convoluted links offered by the traditional parliamentary system.

The question then becomes why the procedures and guarantees that the standard for those responsible for setting electricity prices and allocating frequencies should not also apply to those responsible for the conduct of elections, decide what information should be made public under right to information laws, and so on. As our spokesperson himself notes, the quality of Members leaves a lot to be desired. Considering this reality, it is unwise to rely on an idealized and obsolete conception of parliamentary accountability. This understanding of the reality on the ground in Sri Lanka and of the evolution of conceptions of parliamentary systems constitutes the rationale for the NMSJ’s proposals on independent committees.

Have independent commissions been tried and failed?

The second criticism is that independent committees were tried under the 17th and 19th amendments and failed. What is the basis for this broad statement?

While I was at the Ministry of Economic Reforms in 2004, I compiled and transmitted to the Constitutional Council the files of the first appointed by the competent minister to the Public Services Commission, including what appeared to me to be a file on a person. unfit. I was satisfied when the decision was to appoint everyone except this person, who I considered clearly unqualified. By this practical measure, the system worked. The flaw was that rejection rates or details were not released, leaving room for speculation that the Constitutional Council was a buffer under the 17th Amendment. But if it was just a stamp, why was President Mahinda Rajapaksa so opposed?

Under the 19th Amendment, it was common knowledge that some appointments did not go beyond the Constitutional Council. So what was he relying on to claim that the Constitutional Council’s appointment procedures were flawed and / or that the independent commissions had failed? Was it because the appointees did not get personal approval from Victor Ivan? Personally, I didn’t like everyone who was appointed to the Public Services Commission in 2004. But that didn’t mean the process was flawed. It would only have been at fault if a person who clearly did not meet the criteria set out in the relevant legislation succeeded. Meeting the approval of various commentators is not a criterion.

Is the criticism valid?

Thus, it seems that the criticisms of the proposal to create independent commissions and appointment procedures centered on the Constitutional Council lack merit. Elements of the rant such as claims that no country has moved from a presidential system to a parliamentary system and that the Second Chamber can ensure that appropriate appointments are made to important leadership positions suggest that the critics are based on lack of knowledge and / or confused thinking.

Bangladesh, our neighbor, creditor and member of SAARC, went from a parliamentary system to a presidential system in 1975 and back to a parliamentary system in 1991. These facts are readily available to anyone on the Internet. Anyway, what’s the point that is done? Do we have to stay with the obviously dysfunctional presidential system, because no one has made the transition before?

It is curious why a second chamber which has been specifically proposed by the NMSJ to improve coordination between the center and the provinces and which will be made up of people elected by the provincial councils is considered capable of ensuring high appointments. quality made to important central government bodies. After berating the NMSJ for proposing independent committees, Ivan continues, “If there is an effective Senate, then standing committees will only be needed for a few areas, such as elections, civil service, justice, law, etc. audit and anti-corruption probes. All other sections can be covered by the Senate ”, thus negating its central point.

First, what would be the special competence of a second chamber appointed by the provincial councils to ensure that qualified and impartial people are appointed to senior decision-making positions in the hub organizations?

Second, why are “standing committees” compatible with the flexible parliamentary system, but not the independent committees that we propose? Doesn’t that raise the question of how the appointments to these commissions will be made? Will they be rendered by Cabinet (fully accountable to Parliament, as it understands)? What was the record of cabinet appointments under the 1972 and 1978 Constitutions? Hasn’t this method been tried and failed? Doesn’t this bring the loop back to the need for a higher appointing / approving authority such as the Constitutional Council?

Previous Omicron is expected to hit the market. Why stocks look past the spread.

Next New CFO appointed to Hamden 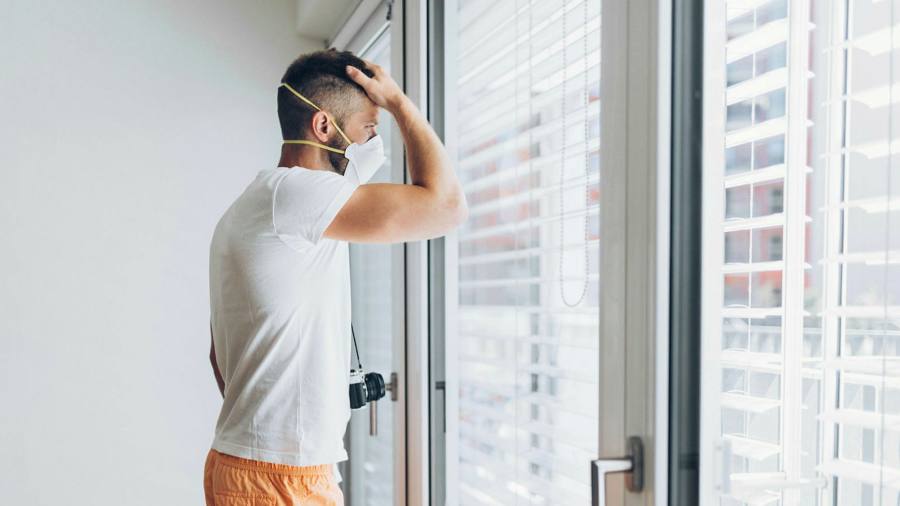